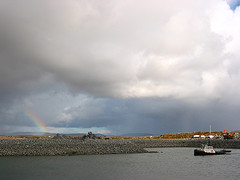 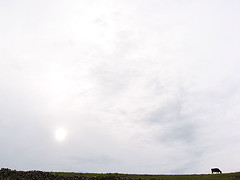 So, I’m back from Ireland. It was quite a whirlwind tour of the country and I’m feeling recharged. If you happen to be interested, I’ve posted some photos over at Flickr for your enjoyment.

Rather than giving some boring rundown of my trip, I decided to just copy some observations from my journal. Most of them are completely unrelated to Ireland, but that’s the fun, isn’t it?

Thanks a bunch to my mom for covering for me while I was gone . . . you did an excellent job. Now that I’m back all you readers can expect a return to the regularly scheduled boredom. Hope you enjoyed the hiatus.