Normalization of Deviance & The Growing Organization

A really interesting concept from this blog post on the recent very-avoidable crash of a private jet:

This is a pretty good explanation for what happens inside organizations. At the small and relatively harmless end, you have the slow growth of meetings that happens in every organization (hence Percolate’s meeting rules) and in the large and dangerous end you have something like Enron or VW. The phenomena is essentially about feedback loops: The deviant behavior slowly slips in and over time becomes more and more acceptable, meaning that the intensity can also increase. In the case of meetings what starts as a one-off meeting to discuss something, becomes a weekly meeting for 15 minutes, eventually with more people involved, and eventually you have 15 people spending an hour together without any real sense for what they’re talking about or why.

This is a pretty good picture of what makes it so tough to scale organizations: It’s hardly ever the big stuff you’re watching out for, it’s almost always the small stuff that is built up over time. (As an aside, although I’m not crazy about him, this is also why Clayton Christensen’s boiling frog analogy is such a good one. It’s a perfect way to understand that it’s the slow rolling boil that kills you, not the big explosion.)

January 11, 2016 // This post is about: innovation, meetings, normalization of deviance, organizational psychology 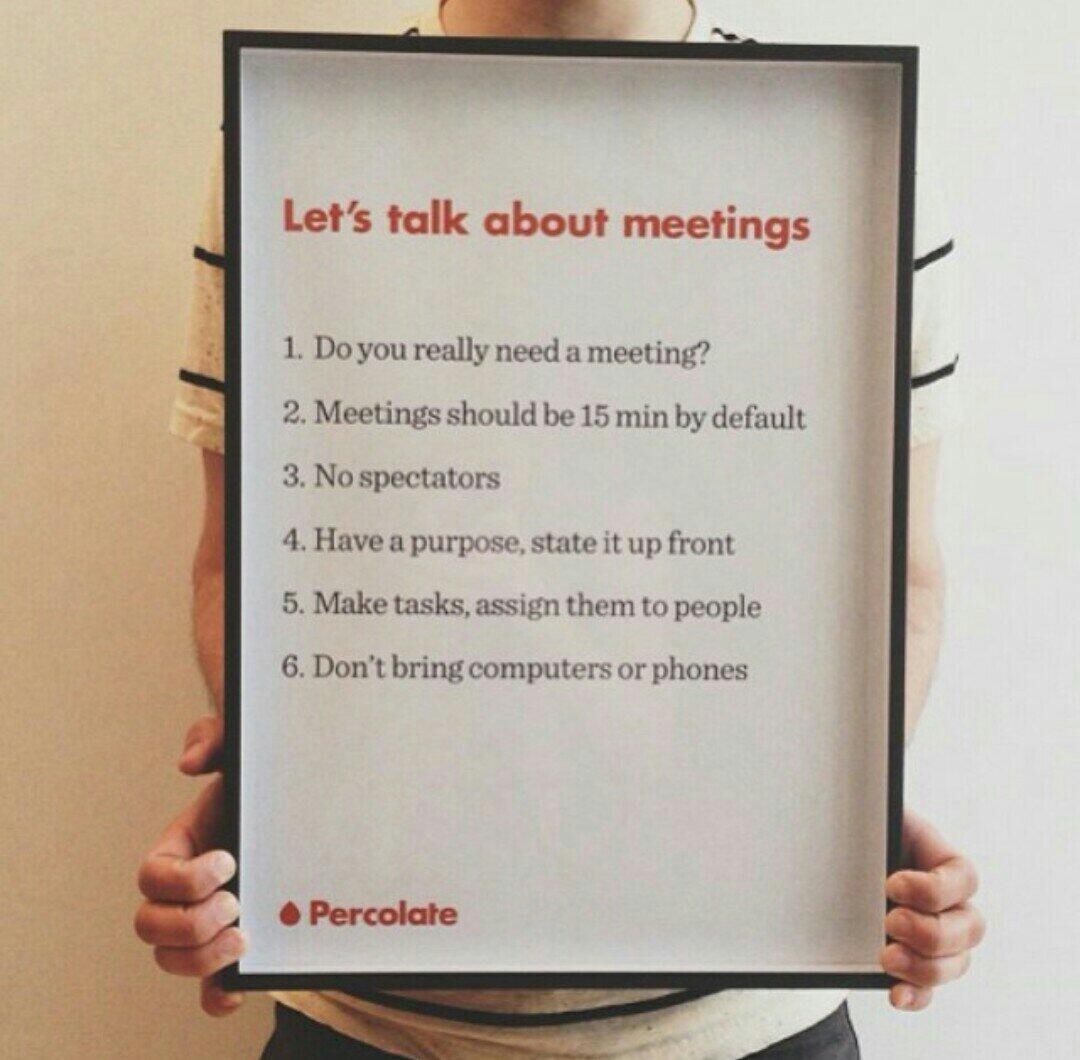