I’m guessing you heard about this, but earlier this year the University of California introduced a new identity system. It looked something like this:

As people are wont to do, they freaked out. In fact, they freaked out enough that the University eventually decided to drop the new logo. Now, with the controversy in the rearview mirror, I’ve read/listened to a few post-mortems on how and why something like this happened and I felt like chiming in. My credentials, like most commenters, are pretty thin, but I think they give me an interesting perspective. Beyond spending a sort of ridiculous amount of time thinking about brands, overseeing a product team including three designers and previously working in advertising overseeing creative teams for some time, I also built Brand Tags, the largest free database of perceptions about brands. I am, however, not a designer.

That last bit, especially, shapes my perception on conversations about design.

Okay, with disclosures behind us, a bit more background: When this new logo was introduced to the public (though apparently it had been on a roadshow for some time before it showed up on the web), it was misinterpreted as a replacement for the official seal of the University of California system. That seal looks like this: 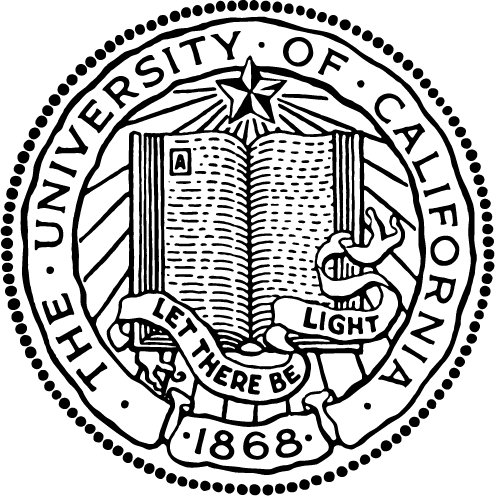 This, apparently, was inaccurate. The new logo would not be replacing the seal, but rather helping to unify the various logos that had popped up across the different UC schools (the script Cal and UCLA logos are two examples). As occasionally happens the digerati spread an idea that wasn’t true. I know this isn’t shocking, but to be fair to all the bloggers on this one, the University hardly helped its case when it produced this video as a companion piece to explain the new identity:

I know this all seems like a slightly exhaustive bit of background, especially if you’ve been following this story, but I think it’s all important. In a long piece on RockPaperInk which spurred this piece, Christopher Simmons, a designer and former AIGA president, writes:

“Designers too often judge logos separate from their system…without understanding that one can’t function without the other,” criticized Paula Scher when I asked her views on the controversy, “It’s the kit of parts that creates a contemporary visual language and makes an identity recognizable, not just the logo. But often the debate centers on whether or not someone likes the form of the logo, or whether the kerning is right.” While acknowledging that all details are important, Scher also calls these quibbles “silly.” “No designer on the outside of the organization at hand is really qualified to render an informed opinion about a massive identity system until it’s been around and in practice for about a year,” she explains, “One has to observe it functioning in every form of media to determine the entire effect. This [was] especially true in the UC case.”

Which I mostly agree with. Logos don’t exist outside the system (for the most part) and, even more importantly, they don’t exist outside the collective consciousness they grow up in. This is something I got in quite a few arguments about while I was running Brand Tags. I would get an email from a company no one had ever heard of asking for me to post their logo, to which I invariably responded “no”. My reasoning, as I explained at the time, was that the point of the site was to measure brand perception and for people to have a perception, you need a brand, which you don’t have if no one knows who you are. Brands, as I’ve expressed in the past, live in people’s heads. They are the sum total of perceptions about them.

This is part of what makes it so tough to judge any sort of logo: Lack of context. Even if you see the way the system works, you don’t have the rest of the context that would come with experiencing it in the wild. If you’re a high school senior and the new UC logo is on a sweatshirt worn by the girl you had a crush on that’s home for her freshman Christmas break it’s going to have a very different meaning than if you’re first encounter is in the US News & World Reports list of top US universities. Context shapes experience and we can’t forget that.

Which makes something Simmons writes later so confusing for me:

Design as a discipline is challenged by this notion of democracy, particularly in a viral age. We have become a culture mistrustful of expertise—in particular creative expertise. I share [UC Creative Director] Correa’s fear that this cultural position stifles design as designers increasingly lose ownership of the discourse. “If deep knowledge in these fields is weighed against the “likes” and “tastes” of the populace at large,” she warns, “We will create a climate that does not encourage visual or aesthetic exploration, play or inventiveness, since the new is often soundly refused.”

Most of the article, actually, is blaming the public (and designers specifically) for the way they misinterpreted and criticized the logo. That truth, however, is at least in part due to the context they experienced the logo in. It’s near impossible, for instance, to not walk away from that introductory video believing that the logo is replacing the seal and that was produced by the University itself. Design, I’d posit, is about far more than the logo or even the system, it’s the story that exists around the brand as a whole and the designer is, at least in part, responsible for how that story is told. I agree with part of what’s written above: Design is a tough discipline because everyone has an opinion. But that’s not really new and it’s been lamented to death. People know what fonts are and many have heard of kerning or played with Photoshop. This is just the reality we live in. We can choose to ignore that reality and think we can put things out in the world without hearing from many people who are “unqualified” to have opinions or we can acknowledge that and try to spend as much time thinking about the context people are first experiencing new identities as we spend on the identities themselves. It’s not a simple solution, but it’s a whole lot more sustainable.

Finally, we need to recognize that with this new world we all live in, where everyone has an opinion about everything (let’s not pretend that design is the only victim to this reality), that its going to be harder than ever to stand behind convictions. On the one hand this can mean “a climate that does not encourage visual or aesthetic exploration, play or inventiveness,” as the UC Creative Director says, or it can mean that we need to do more to educate everyone involved in the decision-making process of what’s to come. We need to help them understand the design process, the effect of context and the potential for backlash (with our plan on how to deal with it).

Or we can do boring stuff.

Though I didn’t quote it anywhere here, a lot of my thinking in this piece was shaped by the very even coverage on this issue from 99% Invisible, which I would highly recommend listening to.